The Enemy of Excellence in Youth Sports

The Enemy of Excellence in Youth Sports

“My daughter is the tallest fourth grader in her class and loves to play basketball,” said a father to me recently. “Sadly, I know that she will ultimately grow to be of average height.  Since she is now only allowed to rebound and give the ball to shorter-ball handler players on her team, she will never develop the skills she will need to play basketball.  After her last game, she told her 5-year old sister that she did not shoot or score because her job is to rebound and play defense, because that is what her coach told her. What should I do?”

The plight of this parent highlights what I believe to be the greatest obstacle to a child-centered youth sports environment.

It causes many children to drop out and quit.

It turns the focus of youth sports away from the priorities and needs of children, and towards the values of adults.

It cuts at the very essence of what sports is supposed to be about: a quest for excellence.

Sadly, this girl and millions of kids just like her are playing sports in an environment not designed to make them better in the long term. They are caught up in an adult obsession to solely measure youth sports results in wins and losses, and it is killing youth sports in our country 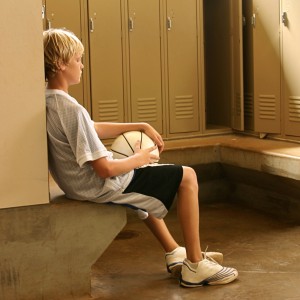 Comments by NBA stars Kobe Bryant and LeBron James, as well as basketball coach Alan Stein, about the emphasis on playing games instead of practicing, and winning at the expense of teaching the game the right way, have made headlines recently. They reminded me of this great video by NBA coach Stan Van Gundy about the massive amount of youth basketball coaches dedicated to winning as opposed to skill development.

But this is not a basketball problem. It is a youth sports problem. It exists in every team sport.

Our obsession with winning is the enemy of excellence in youth sports!

We have turned our attention away from developing excellence in our athletes, and now only focus on immediate success. As a result, we do the following:

I know there are some reading this just dying to write that I am anti-competition, and believe we should give everyone a trophy and sing Kumbaya after every activity regardless of outcome.

That is not me.

I am competitive. I love winning. I have coached high-level athletes who have gone on to be college, national team and professional soccer players for over two decades. And I believe that every time an athlete takes the field, he or she should give maximum effort in the pursuit of victory.

But players who play to win is one thing, and has nothing to do with coaches who only coach to win, and organizations who create environments focused on winning and not development. Their approach actually robs kids of their athletic education, and sets them up for failure later in life.

These coaches love to say, “we are developing winners,” but they are not. They are actually developing losers because they are not giving their players the tools to compete and win later at higher levels of sport. That 4th grade basketball player I mentioned above is not learning to dribble or shoot, two essential skills for any basketball player, especially one who won’t crack the six foot barrier! And why, “because her job is to rebound and play defense” to help the team win!

The biggest problem today is that players flock to clubs and coaches that win, and rarely do parents take the time to think, “Is this a good place for both my child’s long term athletic development, and personal development?”

Great coaches and developmentally focused organizations often lose their best players to these “elite” winning clubs who promise championships and scholarships. True athlete-focused coaches play all their players, and lose a few games in the process by teaching for the long term, yet season after season end up having to find new players to replace the ones who left to the “winning” clubs.

You see, teaching a tall 10 year old to dribble and play guard will likely lose you a few basketball games, but it will make that 10 year old a better basketball player. Teaching your young soccer players to be creative, to try and pass out of the back and beat players 1v1 will cost you goals and games, but it will make them much more adept players when it really matters. And letting everyone pitch in Little League, as well as limiting pitch counts and actually practicing instead of simply playing games, will develop better baseball players, but not win you all your games.

Our obsession with winning is without a doubt the enemy of excellence in youth sports.

I have always loved this quote from the late Joe Paterno:

“There are many people, particularly in sports, who think that success and excellence are the same thing. They are not the same thing. Excellence is something that is lasting and dependable and largely within a person’s control. In contrast, success is perishable and is often outside our control. If you strive for excellence, you will probably be successful eventually. People who put excellence in the first place have the patience to end up with success. An additional burden for the victim of the success mentality is that he is threatened by the success of others and he resents real excellence. In contrast, the person that is fascinated by quality is excited when he sees it in others.”

Excellence promotes the growth mindset that Dr. Carol Dweck has identified as crucial to learning and high-performance, while a focus on winning promotes the destructive, outcome oriented fixed mindset that fears failure and dismisses effort as meaningless.

Excellence allows room for failure and learning, while an obsession with winning does not.

Excellence based youth sports programs allow every player to develop on his or her own pace, while results oriented teams only use those players who can help them now.

Do you really want your child to win every game for the rest of his life? That can be arranged. Play in a bad league, play in low level tournaments, and sure enough you can win them all. But why? There will be boredom, little learning, and no challenge. So if we can agree that we don’t need, or want, to win all our games becasue it is not necessarily a good thing, shouldn’t we stop worrying when we lose one or two in a weekend?

If we are ever to once again create a player-centered youth sports environment, one that prioritizes the needs and values of our kids over the adults involved in sports, we need to shift this paradigm.

We need an excellence based youth soccer system such as Iceland (population 320,000) which wouldn’t even qualify as a small city in the United States (pop. 316 million) yet has a similar FIFA world ranking and produces more European professional players than the US.

We need better coaching and a developmentally focused youth hockey system like Sweden (pop. 9.5 million), which revamped its youth hockey program in 2002 and now is third in the world behind the US and Canada (pop. 35 million) in producing NHL players.

We need to teach fundamental basketball like Serbia (pop. 7 million), which allowed them to reach the finals of the 2014 World Championships.

While each of these sporting systems has their own coaching and player development models, they have one commonality: they have small populations and therefore must maximize the potential of every athlete. As a result, they focus on excellence and development of their young athletes, and let the winning come as a result of development, not in place of it.

What is the Path Forward?

Here are a few suggestions to shift this paradigm from an outcome driven nightmare to an excellence driven developmental model.

The enemy of excellence in youth sports is the obsession with winning. It is driving children out of sports and toward sedentary lifestyles, and it is not preparing them to succeed in sport or in life. We need this to change.

You can be the change. You can help start this revolution, simply by sharing this article with one other person, or telling one person about this work.